Another Victory: New State Joins in Vacating Convictions for Victims 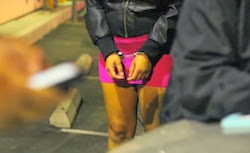 Prostitution convictions for victims of forced prostitution and sexual exploitation are sadly all too often common aspects of human trafficking -modern slavery.  Recently, Hawaii joined a small group of states who have passed legislation which will vacate prostitution convictions for victims of human trafficking. Hawaii's new law -SB 2576- “allows sex trafficking victims to vacate prostitution convictions from their criminal records by proving they were sexually enslaved”. Additional states with similar legislation include New York, Illinois, and Nevada; New York was the first state to enact such a law. While this is good news for many survivors -who find it increasingly difficult to attain or retain employment due to this such unjust and misunderstood convictions- there are a few criticisms. One argument questions “how useful a bill like SB2576 would be to many victims on a practical level […saying] that many victims are too afraid of their traffickers to testify against them to prove their victim status. Therefore, a vacating conviction law has no value to victims if it requires them to prove their sex trafficking history by testifying against traffickers” (Dale). Unfortunately, it seems that similar issues will arise in many cases of “vacating convictions” laws, as they do with cases of sexual assault and rape. In rape cases, it can be very difficult to prove that the incident occurred, in addition to the psychological turmoil of reliving such a traumatic event. Victims are often accused of provoking their attackers or of lying. The few cases in which it is later revealed that the victim was not actually a victim certainly does not help. In the same instance, victims of human trafficking/modern slavery endure the same fate as victims of rape. Their lawyers must prove, beyond a reasonable doubt, that they were trafficked and the victim has to relive that time in their life. In addition, there is the possible accusation that they are lying or that they were voluntary participants. Regardless of criticisms, many individuals and organizations view SB2576 and similar legislation, as a victory for victims. It is a new change and another chance for them to reintegrate into society with a clean slate. Dale, Youngbee. "Hawaii: New Law Allows Trafficking Victims to Vacate Prostitution Convictions." Washington Times Communities. N.p., 11 July 2012. Web. 27 July 2012.

Posted by Cassandra Clifford, Executive Director and Founder at 2:23 AM