Sharp rise in human trafficking in Pakistan
Pakistan’s Sindh Province has recorded a sharp increase in reported cases of human trafficking since the beginning of the year, and the trend could continue unless the authorities take action to contain it, say activists.  Some 190 cases have been reported in the province in the first two months of 2012, according to Zia Ahmeld Awan, chairperson of Madadgaar Helpline, an NGO helping women and child victims of abuse and trafficking.  In 2011, the NGO recorded 288 cases.  She urged the Pakistani government to devote more resources to fighting trafficking and drafting new legislation to ban it.  Pakistan's largest human trafficking problem, according to the US State Department's Trafficking in Persons report for 2011, is that of bonded labour.

Spanish police arrest 'bar code pimps' gang
MADRID — Spanish police arrested 22 suspected pimps who allegedly used violence to force women into prostitution and tattooed them with bar codes as a sign of ownership, officials said Saturday. Police are calling the gang the "bar code pimps." Officers freed one 19-year-old woman who had been beaten, held against her will and tattooed with a bar code and an amount of money ($2,650) which investigators believe was the debt the gang wished to extort before releasing her.  Sex is a multibillion-dollar industry in Spain, with colorfully lit brothels staffed mainly by poor immigrant women from Latin America, Africa and eastern Europe lining highways throughout the country. Prostitution falls in legal limbo: it is not regulated, although pimping is a crime. The northeastern city of Barcelona plans to introduce regional legislation in coming weeks banning prostitution on urban streets.


Campaign against child sex trafficking on backpage.com grows stronger
Change.org started an online petition back in 2010 calling for the CEO of Village Voice Media to stop child sex trafficking on Backpage.com, a petition that has reached over 235,000 signatures. Similar campaigns have seen Craiglist shut down their 'adult services' sections in the U.S. and consequently their commercial sex ads from international sites. This Thursday 29th March will see the delivery of these petitions to Village Voice Media headquarters in New York City.
Shared Hope International are calling on mayors across the country to stand against child sex trafficking and Village Voice Media, the owners of backpage.com. On the campaign website it states "Backpage.com will earn an estimated $25.8 million this year from its adult section, a platform that law enforcement and service providers recognize as a major facilitation tool for pimps to traffic children". They are asking people to contact their Mayor to urge them to take action and their website gives the option of emailing/writing to your local Mayor directly and easily through their website here.


Thai, Australia police bust human trafficking ring
Police in Thailand arrested an Iraqi man and a Thai woman in Bangkok on Tuesday while Australian police arrested four additional men in Sydney and Melbourne.  All are believed to be part of a transnational human trafficking network and the arrests were made as a result of "Operation Arapaima", a yearlong effort to crack down on human trafficking networks in Thailand, Malaysia, Indonesia and Australia, according to Lt. Gen. Wiboon Bangthamai.  A police raid found 16 fake passports in the woman's house that were to be used to illegally  transport refugees to Australia.  The country has become a haven for war-ravaged victims seeking a new life and "the organizers of these ventures are taking advantage of vulnerable people and are putting their lives at risk," says a statement from the Australian Federal Police.

GOP, Dems fight human trafficking by contractors
Legislation named "The End Trafficking in Government Contracting Act" was proposed by a bipartisan group from the House and Senate that aims to cut down on human trafficking by contractors hired by the U.S. military to work in Iraq and Afghanistan.  It is a reaction had by legislators after receiving reports from the Commission on Wartime Contracting that oversea contractors are known to engage in illegal practices after luring workers to work in the area such as seizing passports, engaging in sexual abuse, lying about compensation and keeping workers in a state of indentured servitude.  "Modern-day slavery by governmental contractors-unknowingly funded by American taxpayers- is unconscionable and intolerable," says Sen. Richard Blumenthal (D-Conn), the lead Senate sponsor of the bill.

Posted by Maureen Dannerhoj at 8:00 PM No comments:

Activist video targeting LRA's Kony goes viral
A 30-minute video called "KONY 2012" produced by activist group Invisible Children documenting the human rights abuses of Uganda's Joseph Kony has gone viral, racking up more than 50 million views in a week. The campaign to urge the arrest of the fugitive leader of the Lord's Resistance Army, a splinter group that is widely reviled for abducting children and forcing them to serve as soldiers, has attracted the interest of teenagers around the world and is getting attention on Facebook and Twitter.

LEBANON: Tussle over gender violence law
Proposed amendments to a draft law on gender violence in Lebanon have sparked demands from civil society organizations that parliament uphold an original draft criminalizing “honor crimes”, marital rape and other abuses. The original draft has been prepared since 2007 by a coalition of over 40 civil society organizations, and primarily aims to protect women from mental, physical and economic violence.

Man Behind Robot Camel Jockey's Turn Towards Child Education
Cases of child trafficking and abuse have dogged the sport of camel racing for years. As a result of this and the successful development of the robot jockey, the UAE banned the use of child labour in 2002. Suhail Al Zarooni, the 39-year-old Emirati behind the invention of the robot jockey, says "This is what I have always been against - child labour - and like I keep mentioning, the most important thing is education. I am sorry to say that a lot of countries misuse children...there were many stories of people taking kids from their families and of them falling from camels and getting badly injured or killed. This is wrong."

Posted by Cassandra Clifford, Executive Director and Founder at 9:12 AM No comments: 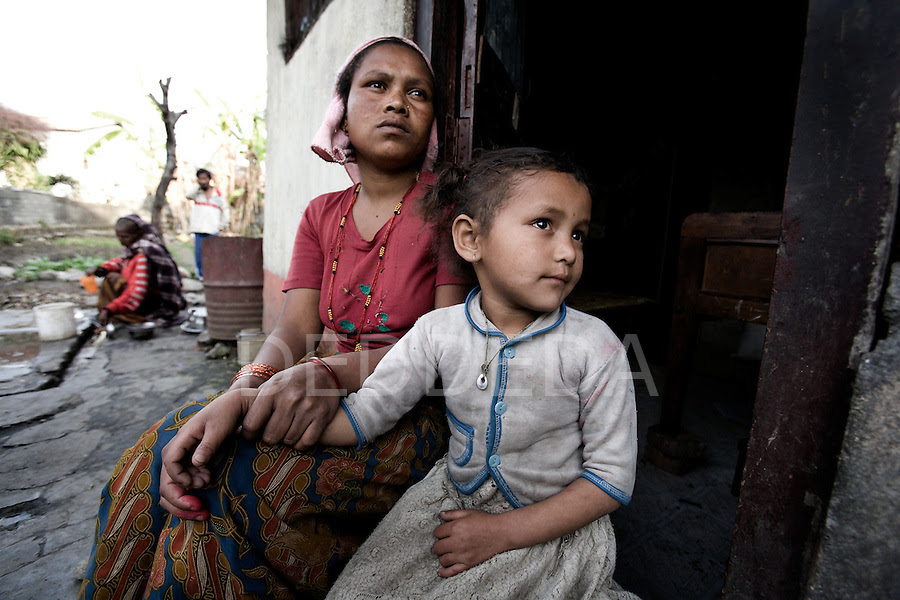 Today, March 8th is International Women’s Day (IWD), which was established to commemorate the struggle women and girls across the globe continue to endure in obtaining their basic human rights. In 2011, the United States made the presidential proclamation that the entire month of March will be Women’s History Month. 2012′s theme is Connecting Girls, Inspiring Futures; by connecting girls with resources to ensure their basic rights, girls will see their potential and future. Inspiring girls’ futures betters the community, the country and the world.

Each year the United Nations also declares an overall International Women’s Day theme. The UN’s 2012 theme is Empower Rural Women – End Hunger and Poverty. Women and girls in rural areas face the largest disparities and barriers than any other population in the world. Rural women and girls comprise one in four people worldwide. They work long hours with little or no wadges, yet produce a large proportion of the food agriculture. These women and girls are one of the biggest keys in the fight against poverty. “Providing women farmers with equal access to resources would result in 100 to 150 million fewer hungry people. Providing women with income, land rights and credit would mean fewer malnourished children. Studies show that higher levels of gender equality correlate positively with higher levels of per capita gross national product. Opening economic opportunities to women would significantly raise economic growth and reduce poverty,” stated Michelle Bachelet, Executive Director of UN Women, on the importance of addressing this year’s UN theme (UN Women).

For millions of little girls across the world, childhood is brief. It is estimated that 10 million girls a year worldwide, the majority in sub-Saharan Africa and South Asia, are married under the age of 18, some as young as seven or eight. According to UNICEF, more than 40% of the world’s child marriages occur in India. There are some 60 million children who have been forced to enter into marriage and the numbers will only continue to rise if gender inequality is not made a global priority.

This year, the fight against child marriage was made a priority by ‘The Elders’, a coalition of prominent retired statesmen that includes Nobel Peace Prize winners and former heads of state, who launched a campaign against the practice. Their effort, Girls Not Brides, was formally launched at the 2011 Clinton Global Initiative meeting in New York and has now gained the support and backing of many other global foundations.

One major front of this battle is India. According to The State of the World’s Children 2012Report released by UNICEF last Wednesday, 22% of women between 20 and 24 in India gave birth to a child before they turned 18. Furthermore, 45 out of every 1,000 babies are born to mothers between the ages of 15-19 years old. The report’s shocking statistics also showed that 57% of male adolescents (15-19 years old) and 53% of female adolescents thought a husband was justified in beating up their wives under certain circumstances.