UNICEF fights child marriage in India
Tea estate communities in Assam, in northeastern India, are working with the UN Children’s Fund to deter the early marriage and sexual abuse of children. Girls sometimes begin picking tea leaves as early as 10 years old in the isolated communities, where UNICEF has joined with girls’ groups and the regional Indian Tea Association to reverse gender discrimination.

Venezuela strikes chord with poor children
A 35-year-old social program in Venezuela aimed at alleviating the effects of poverty among children through classical music is inspiring similar programs in other countries, in part through the high profile of one of its products, Gustavo Dudamel, music director of the Los Angeles Philharmonic. El Sistema reaches 310,000 children through 500 orchestras and other ensembles, and aims to instill a sense of community, commitment and self-worth amid lives that are otherwise marked by desperation.

NIGERIA: Calls for more action on child lead poisoning
The Nigerian government has stood back and watched while hundreds of children in the northwestern state of Zamfara have died of lead poisoning, and hundreds more been affected by it over the past two years, say rights groups and the local authorities. At least 400 children who had worked in artisanal gold mines were reported to have in 2010, and still the government has taken little action to curb the mining or make communities more aware of its dangers.

UN Pushes for Birth Registration
The UN High Commissioner for Refugees (UNHCR) has announced its partnership with the global children’s rights organization Plan International for a worldwide push to ensure that children, especially those at risk of statelessness, are registered at birth. There are some 12 million stateless people across the world, half of which are children, according to the UN agency. UNICEF estimates that 51 million babies each year, more than two fifths of those born worldwide, are not registered at birth. Furthermore, many parents are not registered themselves, often a requirement for child registration. Halting this vicious cycle is key to ending exploitation and the denial of human rights worldwide.
Posted by Cassandra Clifford, Executive Director and Founder at 12:03 AM No comments:

The Price of Gold 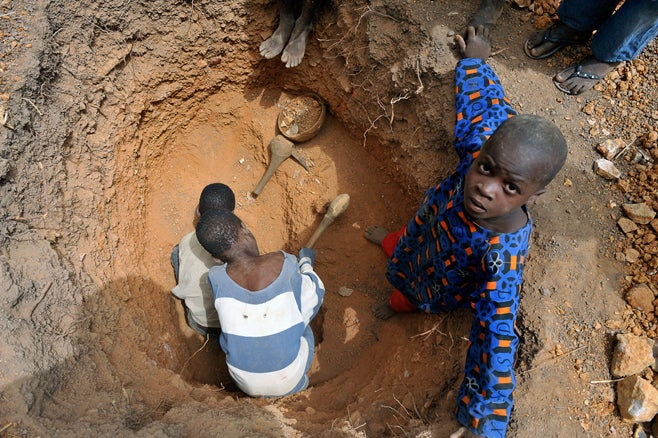 I spent the other day watching a couple illuminating shows on the price of gold. The first was on Fort Knox and America’s precious national treasure and the second was a historical documentary on gold mining from pre-gold rush until today. It is well known that gold can come at an incredibly high human and environmental cost, but these programs further opened my eyes to the greed and destruction that this mineral has caused through history. What amazes me most is that we have learned so little: gold continues to be coveted at any cost and gold mining isn’t much safer today than it was a hundred years ago.

For thousands of years people have gone to extremes for the sake of gold, traveling the world in search of even a flake of the metal in the dirt, they risk their lives, spend all they have and most end with up with very little, if anything at all. Gold has been used to fuel armed conflicts and conquests, and has been the sole reason to level entire mountains and forests, forever changing the environmental landscape. So if gold causes so much death and destruction than why is it so highly valued? We do not need gold to survive, in reality it has little practical use for mankind, but gold continues to be one of the world’s most desired commodities. In fact, its value seems to be increasing as the global economy remains unstable. On September 10, 2001, they day before the United States terrorist attacks, gold was valued at $271 an ounce, it then hit $1,023 by March 2008, thanks to the recession and decline of the dollar. ”Gold has always had this kind of magic,” says Peter L. Bernstein, author of The Power of Gold. ”But it’s never been clear if we have gold—or gold has us.” Today gold fetches the highest price that is has ever garnered in history. Yet gold comes with another, higher price.

According to a Human Rights Watch (HRW) report released this past December, some 20,000 – 40,000 children work in artisanal gold mines in Mali, Africa’s third-largest producer of this precious and highly coveted metal. The 108-page report, “A Poisonous Mix: Child Labor, Mercury, and Artisanal Gold Mining in Mali,” brought to light the plight of children as young as six years-old who labor in the dangerous mines digging shafts, working underground, and pulling heavy weights of gold ore. Many of these children are placed in even deadlier conditions working with toxic mercury, used to separate the gold from the ore. HRW children’s rights researcher Juliane Kippenberg said children carried loads heavier than their own weight, climbed into unstable shafts, and touched and inhaled mercury. Mercury is especially harmful to young children; it is considered to be one of the most toxic substances on earth as it attacks the central nervous system. Symptoms of mercury poising include impairment of vision, hearing, speech, sensation and a lack of coordination.