FACT: Forced Labor is the Second Most Common Form of Human Trafficking 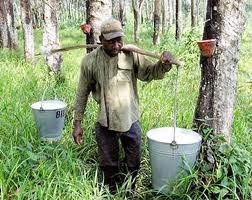 According to the United Nations Office on Drugs and Crime (UNODC), the second most common form of human trafficking is forced labor, at 19%. It follows sexual exploitation, which is reported at 79%. It is improtant to note, however, that due to the hidden nature of human trafficking and issues such as the under-reporting of incidents and cases, these percentages are not exact. There is no actual way to get an exact percentage or number of human trafficking victims.

But what is forced labor? Forced labor is one of several forms of exploitation where individuals are forced to work under various conditions, which may include  commercial sex, childcare or housework and toiling on farms and plantations. This year, the International Labour Office (ILO) published a new fact sheet on estimated global figures for forced labor. The ILO 2012 Global Estimate of Forced Labor shows that:


Written by: Whitney Joseph
Posted by BTFF at 4:16 PM