Fact: The U.S. is a Primary Destination Country for Human Trafficking 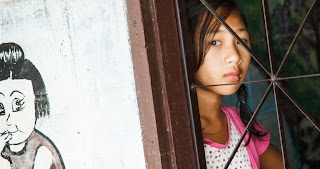 The United States is primarily a destination country for adults and children trafficked from all over the world for the purposes of sexual and labor exploitation.

The top countries of origin for foreign victims identified in 2010 were Thailand, India, Mexico, Philippines, Haiti, Honduras, El Salvador and the Dominican Republic. Internal or domestic sex trafficking, where American children and legal residents are trafficked within the United States, also occurs. US citizen victims of child sex trafficking are usually homeless, runaways or come from a broken home or dysfunctional family. Trafficking for commercial sexual exploitation takes place in street prostitution, massage parlours and brothels. Under the Trafficking Victims Protection Act of 2000, the primary element of trafficking has changed from transportation to exploitation; thus sexual exploitation of children, including child prostitution, is classified as child trafficking under this law
Posted by Unknown at 9:33 PM