In Our Midst: Human Trafficking in US Schools (Part I) 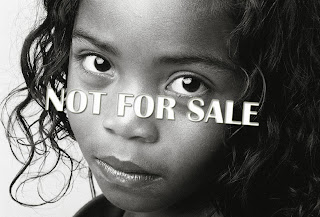 Human trafficking is a form of modern-day slavery. According to the U.S. Department of Education (2013), federal law defines human trafficking as including: “(A) sex trafficking in which a commercial sex act is induced by force, fraud, or coercion, or in which the person induced to perform such act has not attained 18 years of age; or (B) the recruitment, harboring, transportation, provision, or obtaining of a person for labor or services, through the use of force, fraud, or coercion for the purpose of subjection to involuntary servitude, peonage, debt bondage, or slavery” [U.S.C. §7102(8)]. Moreover, those who recruit minors into commercial sexual exploitation “violate federal anti-trafficking laws, even if there is no force, fraud, or coercion” (ED, 2013, n.p.).

A report issued by the Office of Safe and Healthy Students summarizes the literature on the scope and severity of human trafficking of children within the United States. Moreover, the report details the grave effects that human trafficking has on U.S. school systems, while offering suggestions for identifying and reporting suspected human trafficking situations.

Part I of the report is as follows:

What Is the Extent of Human Trafficking in the United States?

How Does Human Trafficking Affect Our Schools?

Trafficking can involve school-age youth, particularly those made vulnerable by challenging family situations, and can take a variety of forms including forced labor, domestic servitude, and commercial sexual exploitation.

The children at risk are not just high school students—pimps or traffickers are known to prey on victims as young as 9. Traffickers may target minor victims through social media websites, telephone chat-lines, after-school programs, at shopping malls and bus depots, in clubs, or through friends or acquaintances who recruit students on school campuses.