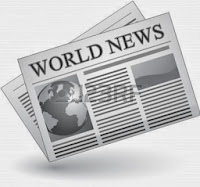 Victim helps raise awareness of human trafficking
An estimated 27 million people, mostly women and children, are forced into exploited labor or sex acts each year, according to the U.S. State Department, and groups that track human trafficking data rank North Carolina as one of the top 10 states for the illegal activity. The Governor's Office and several organizations hosted a day of panel discussions at Southeast Raleigh Magnet High School on Monday to raise awareness about human trafficking in the state among students from across eastern North Carolina.

Human trafficking to be focus of OSUM seminar
A former human trafficking victim will headline a seminar this week to discuss the growing problem. De Romano runs a program called Wake Up Youth, which caters to human trafficking victims and survivors. She assisted FBI agents in getting women to testify against traffickers in the Precious Cargo case, which was a massive bust in 2005 in Harrisburg, Pa., that involved numerous Ohio victims and offenders. She also works with Shared Hope International, an anti-human trafficking organization. The Ohio State University at Marion also is taking donations of toiletry items that will support De Romano’s outreach work to get young people off of the streets.

Anti-human trafficking measure moves forward
Victims of human trafficking may see more state services made available to them, if legislation that would allow for intervention through the court system passes.House Bill 569, sponsored by Rep. Julie Stokes, R-Kenner, which gained approval from the House Judiciary Committee last week and will be heard on the House floor, would allow district courts to create a division for human trafficking cases. Traditionally, Louisiana has looked at victims of human trafficking as prostitutes. Over the past few years, Louisiana lawmakers have tried to change that perception. Stokes’ bill is a part of a package that would strengthen penalties for captors, provide more money for victim support services and allow courts to intervene and to secure counseling and shelter.
Posted by Unknown at 10:43 PM