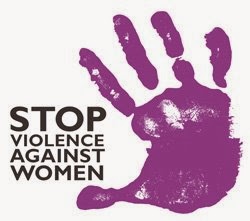 The presence of domestic violence mars the reputation of any nation regardless of how far in terms of women’s rights that nation has come. Nevertheless, as the U.N. points out, the problem “continues to be a global pandemic” and “up to 70 percent of women experience violence in their lifetimes.” Indeed, it is abundantly clear that “violence against women is a consequence of discrimination against women, in law and also in practice, and of persisting inequalities between men and women.” Gender, therefore, matters because differential treatment based on the variable is still very real even today, years after the movement toward equal rights has commenced. It matters because many still consider it relevant in the determination of one’s personal characteristics, abilities, and behavior. Most importantly, gender matters because it is still quite common for mistreatment, objectification, and violation of women to be considered acceptable ways of promoting a service, selling a product, or gaining an audience.

A closer look at the messages in many commercials and advertisements, for example, reveals that sexual violence and aggression exhibited by men is what every woman wants even if she says no. Such messages contribute to the myth that a woman who wears a certain dress, or a skirt, or a shirt, a woman who uses a specific perfume is non-verbally asking for a man to assault her. Allowing these contagious messages to infect generations of young people facilitates the development of common beliefs that a heinous crime such as a date rape is in some way solely the girl’s or woman’s fault and therefore, must not be acknowledged as a global or societal problem. The recent date rape case in Steubenville, Ohio indicates that violence against girls and women is often seen as a joke or a way to exhibit one’s manhood. To successfully address the issue and bring a resolution, therefore, we must involve both men and women in the fight for equality, but we also need to engender a paradigm shift—a meaningful change in the way society as a whole views, addresses, and treats women.

Today, the world honors the International Day for the Elimination of Violence Against Women, but it is important to remember that this is an issue that must to be addressed every day. It is not an issue at the personal level; it is not an issue at the national level; it is an issue at a global level because violence against women ultimately threatens progress and development. It could also contribute to the financial hurdles of a nation; as highlighted by the U.N., “the cost of intimate partner violence in the United States alone exceeds $5.8 billion per year: $4.1 billion is for direct medical and health care services, while productivity losses account for nearly $1.8 billion.” Such facts emphasize the comprehensive and deep impact of violence against women and demand decisive actions toward a resolution.