Debt Bondage: When a Person Becomes Security for a Debt 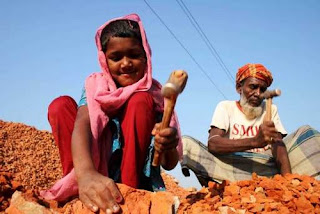 How Does Someone Become a Bonded Slave?

Why Isn’t the Victim Able to Pay Off the Debt?

Is Debt Bondage a New Phenomenon?

Why Does Debt Bondage So Prevalent in Today’s World?

Aren’t Their Laws Against this Practice?

What Action Can I Take To Fight Debt Bondage and Modern-Day Slavery?

Educate Yourself - Follow any of these links to learn more about debt bondage and modern day slavery:

Spread the Word - Share your knowledge with family, friends, classmates, and work colleagues, and use social media tools (Facebook, Twitter, blogs, etc.) to bring greater awareness to this issue.

Volunteer - Offer to lend your time, talent, and services to a local, national, or international organization.

Support Your Favorite NGO - Give generously to an organization fighting bonded labor and modern day slavery.