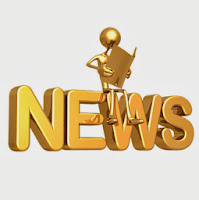 Former victim of human trafficking helps raise awareness among lawmakers
Colorado Attorney General John Suthers says it's a $32 billion global industry. On Thursday, the Human Trafficking Task Force of Southern Colorado raised awareness about the issue at the State Capitol. Aubrey Lloyd was a featured guest. She became a victim of human traffickers at age 16. "I was an honor roll student, who was lied to by a friend," she told 7NEWS. Lloyd says she experienced "tons of abuse and confrontation" while growing up.

30 arrested in All-Star weekend sex trafficking
Louisiana state police say an investigation involving local authorities and the FBI resulted in 30 arrests in connection with sex trafficking during the NBA All-Star weekend in New Orleans. The arrests included 22 women and four men arrested on prostitution-related charges. Four other men were booked for allegedly using computers to solicit minors for sex. The operation also resulted in the rescue of a juvenile believed to have been exploited since she was 14.

Couple found guilty of running human trafficking op in Boston
A husband and wife were found guilty of running a human trafficking operation in Boston. After an eight-day trial, a Suffolk Superior Court jury found Rafael Henriquez, 40, and Ramona Carpio Hernandez, 52, both of East Boston, guilty on the charges of trafficking in persons for sexual servitude, being an owner of a house of prostitution, deriving support from prostitution, and keeping a house of ill fame.

13-Year-Old Girl at Center of Human Trafficking Case Again Missing, As Police Car Shows Up at Family's Home
Before authorities say a 13-year-old girl was forced to dance nude at a Miami Beach strip club, she was reported as a runaway. In a recorded interview released by the Miami-Dade State Attorney's Office the girl told a Miami Police detective she had left home before and talked about how she was forced to have sex for money. Four people have been arrested and charged with human trafficking in the case, including 36-year-old Vilbert “Vitto” Jean and 22-year-old Marlene San Vincente, a former Club Madonna dancer. The 13-year-old told police how she ended up dancing there.

Exhibit in Coralville displays human trafficking, hope to those held captive
An exhibit detailing the reality of human trafficking is on display for the second time in eastern Iowa. The Journey to Freedom is currently on display at the Big White House in Coralville. The exhibit looks at the lives and situations of millions of people around the world living without freedom. Melanie Baker, the exhibit coordinator, says they not only want to raise awareness, but also give hope to those taken captive by human trafficking, including those in eastern Iowa.
Posted by Unknown at 12:30 AM