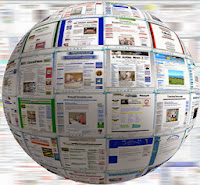 Middlesex pimp, girlfriend admit roles in NJ human trafficking prostitution ring
A pimp who with his prostitute girlfriend swiped $500,000 worth of diamonds from a john at Manhattan’s Cosmopolitan Hotel pleaded guilty to human trafficking today — one of the first in New Jersey under the statute. Percival R. Williams — also known as Tayvann Dunston — admitted using violence and threats of violence to enslave women in a high-priced prostitution ring, after pretending to be a music producer while tooling around in high-performance Maseratis and a Porsche, state authorities charged.

Man headed to prison for human trafficking
A former fugitive who was featured on “America’s Most Wanted” is going to prison for human trafficking and other charges. Rufus Byers was arrested in 2011 for not only forcing a California woman to prostitute herself in Albuquerque, but for holding her 3-year-old daughter hostage in California. Byers bonded out of jail, then fled to Dallas. He was re-captured there in 2012 and returned to Albuquerque to face charges.

Dutch experts to visit PHL for anti-human trafficking programs
A team of anti-human trafficking experts from the Netherlands will visit the Philippines next week and meet with officials to strengthen both countries' effort to fight human trafficking. The Dutch delegation, led by Herman Bolhaar, will meet with members of the Philippine government's Inter-Agency Council Against Trafficking in Persons (IACAT). According to the DOJ, which supervises the IACAT, the Dutch team's visit will "enhance cooperative efforts and mutual assistance with foreign countries through bilateral and/or multi-lateral arrangement to prevent and suppress international trafficking in person."

FBI rescues 16 juveniles in Super Bowl human trafficking operation
The FBI rescued 16 juveniles and arrested more than 45 pimps in conjunction with a child sex trafficking operation that revolved around the Super Bowl. The sex workers ranged from 13-to-17 years old, and some of them had been reported missing by their families. The Bureau is now working to provide food, shelter, counseling and medical care to the workers while also trying to contact the workers' families.
Posted by Unknown at 3:08 PM