Making the Case: Withholding of Food as a Form of Gender-Based Violence 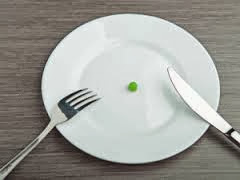 Little research currently addresses gender-based violence specifically from the viewpoint of withholding of food. Previously compiled research, however, suggests that the withholding of food and/or manipulation regarding access to and control over food is in fact a form of gender-based violence, especially in the context of associating food availability to control over sex and child-rearing (Miller et al., 2011, p. 1515; Power, 2006, p. 258-259).

In recent times, research on gender-based violence has expanded to include other lesser-known and infrequently considered, yet equally important and prevalent, behaviors encompassed under the greater umbrella of violence against women. With increasing evidence, the consideration of “withholding of food, healthcare, medication, adequate clothing, and hygiene products” as forms of gender-based violence has grown in acceptance (“Dynamics,” 2010-2011, n.p.). A study done by Ackerson et al. (2008) explored the context of malnutrition in association with domestic violence. To investigate this relationship, the authors “analyzed data from 69,072 women aged 15–49 years and 14,552 children aged 12–35 months in the 1998–1999 Indian National Family Health Survey” (Ackerson et al., 2008, p. 1193). Self-reported physical domestic violence victimization was utilized as a measure, along with anemia and underweight categorizations as indicators of malnutrition (Ackerson et al., 2008, p. 1193). Findings from this study revealed “withholding of food as a documented form of abuse in Indian households and is likely correlated with the perpetration of physical violence” (Ackerson et al., 2008, p. 1193).

Moreover, research available on withholding of food has revealed “reports of men denying their partners the resources to buy food,” along with reports of “primary male sexual partners... [withholding] food as a means of controlling the circumstance under which sex would occur (Miller et al., 2011, p. 1515; Power, 2006, p. 258-259). The overarching issue of food insecurity has “led to increased sexual vulnerability among women” (Miller et al., 2011, p. 1512). For example, “Women [are] often compelled to engage in transactional sex or remain in violent or abusive relationships due to their reliance on men in their communities to provide food for themselves and their children” (Miller et al., 2011, p. 1512).

In sum, “the unequal position of women relative to men and the normative use of violence to resolve conflicts” have been found to be “strongly associated with [gender-based violence]” in almost any form by any perpetrator (WHO, 2011). Referencing cases of withholding of food as a form of gender-based violence, “Domestic violence is strongly associated with a woman’s inability to make decisions for herself and her family, including the choice of types and quantities of food that a woman prepares as she cares for herself and her children” (Ackerson et al., 2008, p. 1193).