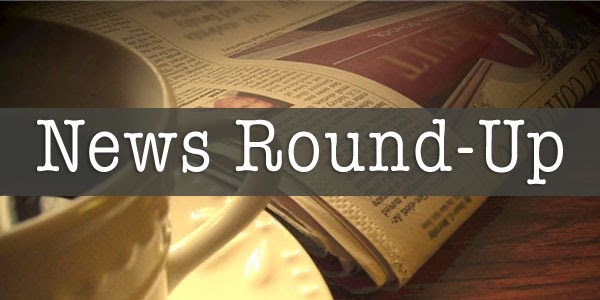 Activists seek justice for RI worker in HK ‘slavery’ case
The governments of Indonesia and the Hong Kong Special Administrative Region must launch a fair investigation into the alleged torture of 23-year-old Indonesian migrant worker Erwiana Sulistyaningsih by her employer in Hong Kong, activists and workers say. According to local media reports, Erwiana — who is now undergoing medical treatment at a local hospital in her hometown of Sragen, Central Java — might have been abused for around eight months after arriving in Hong Kong in May last year to work for a local family, during which she was also banned from speaking to others. “What happened to Erwiana is not a crime but modern slavery. Shame on the government to have failed to prevent such an incident from occurring,” Anis Hidayah, the executive director of Migrant Care, an NGO focusing on workers’ rights, told The Jakarta Post on Thursday.

Labor, sex traffickers, modern slavery in Colorado
The FBI's Rocky Mountain Innocence Lost Task Force rescued 59 teen prostitutes from flesh peddlers in Colorado this year, up from 49 in 2012. In July, Operation Cross Country, a nationwide sweep that targeted victims of underage prostitution and their pimps, recovered 105 juveniles and bagged 150 pimps in 76 cities. Denver ranked fourth in the number of teens rescued, with nine juveniles, fewer than only San Francisco, Milwaukee and Detroit.

Huge nationwide prostitution ring promised women a luxury lifestyle but subjected them to 'modern-day slavery' where they were branded with bar codes
A San Diego street gang operated a vast nationwide prostitution ring that spanned 46 cities in 23 states, federal prosecutors revealed on Wednesday. The group promised luxury lifestyles to girls and women but instead they were branded with tattoos and bar codes, and treated like slaves. 'The kind of sex trafficking described in this indictment is nothing less than modern-day slavery,' said U.S. Attorney Laura Duffy as she announced racketeering conspiracy charges for 24 people.

Feds: Be Aware Of Human Trafficking Signs As Detroit Auto Show Opens
With the North American International Auto Show opening Saturday at Detroit’s Cobo Center, federal authorities warning the public about several common human trafficking indicators because demand for commercial sex services increases around high-profile events. Agents say human trafficking is one of the most heinous crimes that U.S. Immigration and Customs Enforcement’s Homeland Security (HSI) investigates. In its worst manifestation, human trafficking is akin to modern-day slavery. Victims pay to be illegally transported into the United States only to find themselves in the thrall of traffickers. They are forced into prostitution, involuntary labor and other forms of servitude to repay debts – often after entry in the United States, officials say.

UK family sentenced for keeping slave
A family has been jailed in the UK for keeping a man with learning difficulties as their slave. Craig Kinsella was beaten and made to work 19-hour days for no money by a couple and their son. It was modern-day slavery in a Sheffield suburb. The Rooke family were caught on their own CCTV camera attacking the man they kept enslaved in their garage. The victim was Mr Kinsella, 34, who has learning difficulties.
Posted by Unknown at 1:15 PM