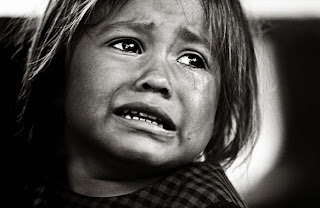 Child trafficking is defined as the transport of persons, by means of coercion, deception or consent for the purpose of exploitation such as forced or consensual labor or prostitution.
Unfortunately, trafficking and the commercial sexual exploitation of young children remain prevalent in many parts of the world. An estimated 1.2 million children are trafficked each year, according to the United Nations International Children's Emergency Fund, UNICEF. Children are most vulnerable to being trafficked when they are transient and all alone, particularly at times of political crisis or in the face of social or economic pressures.
Some children may willingly consent to being smuggled in order to escape a desperate situation or to seek better opportunities. However, once they are a part of the smuggling network, they may find themselves to be trapped as victims without protection and exploited in the commercial sex trade.
Posted by Unknown at 4:11 PM