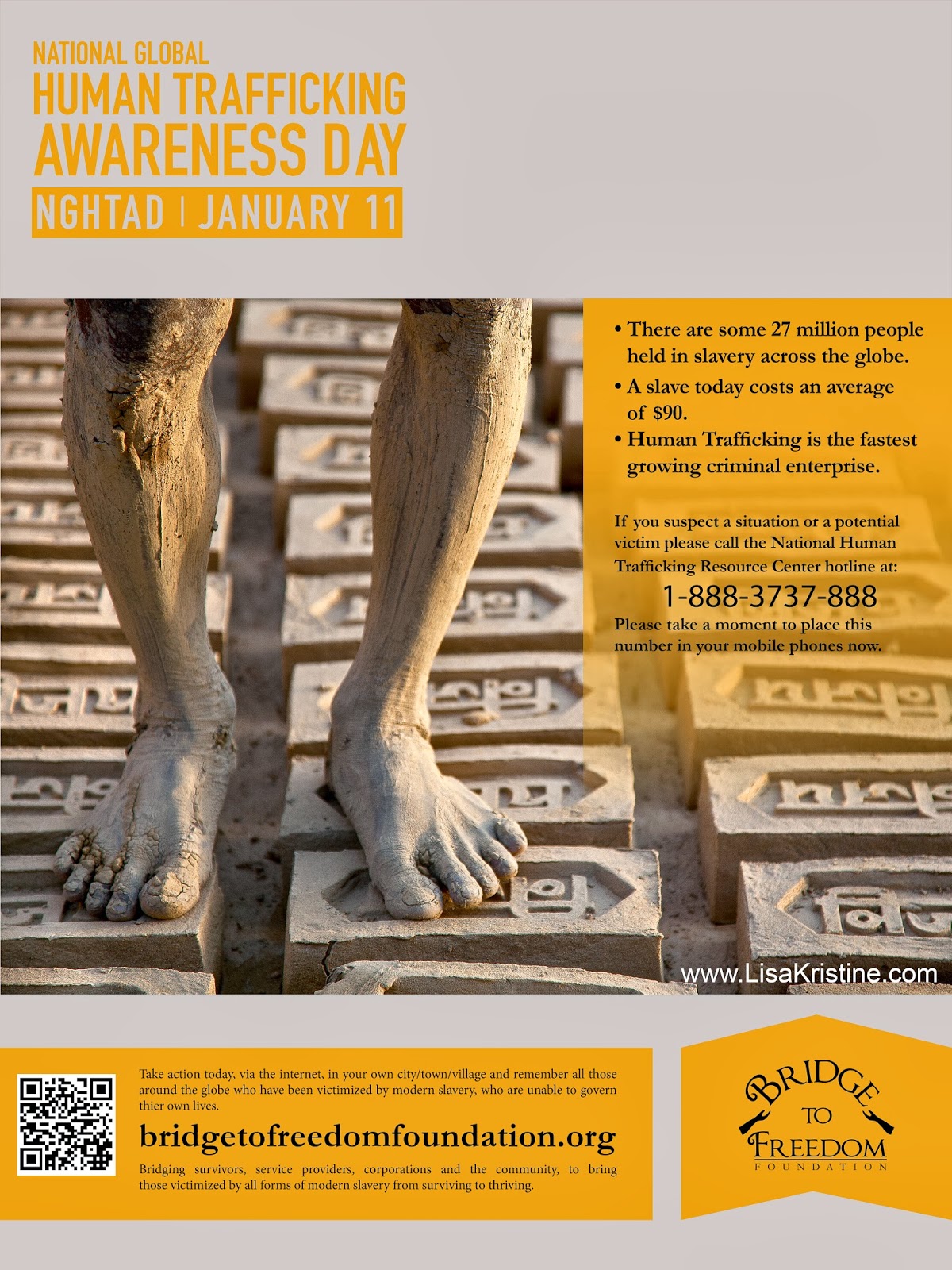 January 11 is a day to remember a silent population: the victims of human trafficking. Since they can’t speak for themselves, we take a moment to speak out for them. Facts that may be new to you about the underworld of Human Trafficking:

Bridge to Freedom Foundation (BTFF) supports victims of modern slavery in their personal and professional development. BTFF works to improve opportunities available to survivors of modern day slavery. Out of the darkness of sex trafficking, child soldiers and forced labor, BTFF steps in to connect for-profit corporations, community and education groups and the general public to fight for this marginalized and underserved population. See you how can get involved at bridgetofreedomfoundation.org.
Posted by Cassandra Clifford, Executive Director and Founder at 6:30 AM