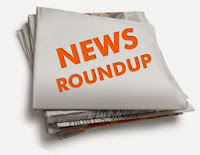 New RCMP Unit Being Created to Fight Human-Trafficking: In Canada, the federal Public Safety Minister, Steven Blaney, indicates that a new Royal Canadian Mounted Police (RCMP) unit has been created with the main goal of collaborating with law enforcement partners to fight human trafficking locally and internationally. A major task of the RCMP is to spread awareness of the issue among the younger generation and members of indigenous populations.


Eritrea's Military is Trafficking the Nation's Children, Report Says: In the Human Trafficking Cycle: Sinai and Beyond, a report compiled by Dutch and Swedish researchers, the authors shed a light on a nefarious practice targeting Eritrea’s most vulnerable: “Eritrean youths are being kidnapped by senior military officers, smuggled into Sudan and held to ransom.” The victims are tortured and their screams played to families on mobile phones. Some are able to raise funds and are freed, but others are not so lucky and end up being sold to Bedouin traffickers in Sinai.

Men Freed after 'Slavery' Raids in Bristol Area: In a pre-planned raid of eight properties in three travelers’ sites near Bristol, England, law enforcement agencies have rescued three men believed to be victims and arrested seven persons on suspicion of trafficking, three women and four men. The operation is viewed as an example UK’s commitment to fighting the crime of modern day slavery.

How Text Messages Help the Polaris Project Zero in on Human Trafficking: A few months ago, a worker monitoring a hotline for the Polaris Project, a nonprofit group dedicated to combating human trafficking, received a text message from an 18-year-old woman in distress. The woman, a sex-trade worker, was trapped in a motel room with her pimp and she secretly used his mobile phone to send a text seeking help. The Washington-based group moved quickly to alert authorities, who ultimately arrested the pimp.
Posted by Krasi Shapkarova at 5:04 PM