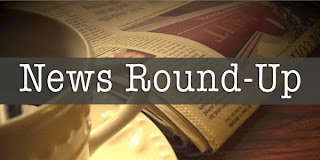 Award recognizes impact of anthropologist’s work on human organ trade
Nancy Scheper-Hughes, an anthropologist at UC Berkeley, was honored by the American Anthropological Association with the first ever Anthropology in Public Policy Award for her trailblazing work shedding light on the dark practice of human organ trafficking. Scheper-Hughes was instrumental in founding the Berkeley Organ Watch project, an endeavor focused on monitoring the organ-transplant trade for abuses.

Nigeria frees 16 girls, women in ‘baby factory’ raid
Police in Owerri, the capital of the Imo State in Nigeria, raided a home and rescued 16 girls and women, ages 14 to 19. All were in various stages of pregnancy and allegedly being forced to have the babies sold. The male owner of the home had registered it as a non-governmental organization promoting women’s and children’s issues.

US: Human trafficking a worry in post-typhoon Philippines
Thousands of women and children in the Philippines risk falling prey to human traffickers in the aftermath of last month's catastrophic typhoon, lawmakers and the chief US aid agency warn. Natural disasters are events that greatly contribute to the great supply of vulnerable people who are in danger of being exploited by opportunistic traffickers. This is why it is integral to create safe spaces for women and children affected by typhoon Yolanda.

Human trafficking victim speaks out
A gripping firsthand account by a young woman of her long and challenging road from captivity to freedom and growth.

Protests as France debates Bill on Prostitution
Protesters both for and against an anti-prostitution bill that would decriminalize prostitutes but fine their customers continue to demonstrate outside France's National Assembly as lawmakers debate.
Posted by Krasi Shapkarova at 11:57 AM