The Reality of Child Marriage 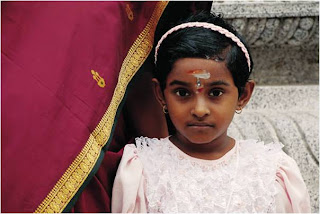 100 Million: The number of girls worldwide who will be married before the age of 18 (in the next decade).

39%: The percentage of girls in the Amhara region of Ethiopia who marry before age 15.

66%: The percentage of girls among Nigeria’s poorest 20% who will marry before age 15.

12%: The percentage of girls among Nigeria’s richest 20% who will marry before age 15.

Driven by, and Connected to Poverty

Child marriage is highly prevalent in two of the world’s most impoverished areas, sub-Saharan Africa and parts of South Asia. In Bangladesh, Mali, Mozambique, and Niger, more than 75% of the population lives on less than $2.00 per day, and more than half of the young girls are married before age 18 (91% of Mali’s population lives on less than $2.00 per day). A country’s GDP is also intimately connected to the incidence of child marriage. Chad has a GDP of $1600 per capita, and 71% of young girls are married; contrast that with South Africa which has a GDP of $11,100 per capita and only 8% of the young girls are married. Not surprisingly, household economic status is a key factor in childhood marriage, as children from poorer families are much more likely to be married at a young age than children from wealthy families. According to the International Center for Research on Women (ICRW), young girls from poorer families are twice as likely to marry before age 18 than children from wealthier families. Not only is the young girl often viewed as a financial burden, but in South Asia and sub-Saharan Africa, marriage also involves the exchange of wealth between families in the form of a dowry and/or a bride price, providing greater financial incentives for child marriage.

A 2004 study conducted by the ICRW and its partners on young people in the states of Bihar and Jharkhand, India revealed that girls who were married before 18-years of age were twice as likely to report marital abuse (beatings, slapping, or threats), and three times as likely to report being forced to have sex without their consent (in the most recent 6 months) than girls who married later. The survey also found that girls who married before age 18 consistently reported having more difficulty approaching and talking with their husbands about contraception, as well as when to have children and how many children to have.

Several other studies have confirmed the link between child marriage and domestic violence. In Peru for example, a study found that child marriage increases the likelihood of domestic abuse. In Kenya, 36% of girls married before age 18 believe that a husband is justified in beating his wife; whereas only 20% of married women hold such belief. Young brides typically have less “bargaining power” (as compared to married women) as a result of their young age and lack of education, which also increases the likelihood of spousal abuse.

Child marriage results in child sexual activity, and by extension, early child bearing. Adolescent female bodies are not sufficiently developed or prepared for child birth, making young girls much more susceptible to complications (including death) during childbirth. Compared to women in their 20s, girls under 15 years of age are five times more likely to die during childbirth. In fact, pregnancy is the leading cause of death worldwide for young women age 15 to 19. Adolescent childbirth is also dangerous for the infant. Because young mothers are not physically suited for childbirth, infants born to young mothers are much more likely to suffer serious complications and/or die as compared to infants born to mothers in their 20s.

The incidence of HIV/AIDS is also much higher in married sexually active adolescents as compared to unmarried sexually active adolescents. Though more research is needed to understand the connection between marriage and HIV/AIDS, current research suggests that married adolescents are more susceptible to HIV/AIDS because they have little to no option to change their sexual behavior in response to knowledge about HIV/AIDS. For example, a study of young girls in Kenya and Zambia reported that unmarried adolescents were much more likely to change their sexual behavior (including abstaining from having sex) after learning about HIV/AIDS; whereas married adolescents did not have the option to abstain from sex.

Education as a Deterrent

According to an ICRW study of 18 of 20 countries with the highest incidence of child marriage, a young girl’s level of education is the highest predictor of the age she will marry. In all regions of the developing world, educated girls are less likely to marry as children. Moreover, girls who receive secondary schooling are six times less likely to marry before the age of 18 than girls with little to no education. For economic reasons, many girls do not have the opportunity to attend school or are pulled from schools in order to get married. Once married, a young girl’s access to both formal and informal education is severely limited because of family burdens, as well as financial concerns and societal norms.

- In Senegal, 41% of young girls with no education are married, but only 14% of girls with a primary education marry as children.

These statistics and numerous studies confirm that educating adolescent girls is a crucial component of increasing the age of marriage in developing countries.

Posted by Mary Rankin, Evidence-Based Research Associate at 11:00 AM