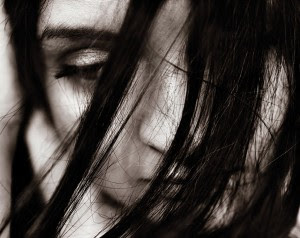 The Connection Between Pornography and Sex Trafficking

Laura Lederer, former Senior Advisor on Trafficking in Persons for the U.S. State Department, recently stated that: “Pornography is a brilliant social marketing campaign for commercial sexual exploitation...We will never have success in eradicating sex trafficking, unless and until we tackle the cultural messages of pornography and related materials that are encouraging this exploitation and abuse.” Although not all pornographic materials are created by traffickers, “a key ingredient to commercial sex is the belief that people (women especially) are sexual commodities, and Internet pornography is the ideal vehicle to teach and train this belief.”

Insiders in the pornography industry admit that many films and publications are produced through the use of force, fraud, or coercion, actions which satisfy the very definition of “sex trafficking.” The classic example is a woman or child who is promised a good paying job, but finds him or herself being sexually exploited for little or no money. Many victims are held in debt bondage, where they owe a large sum of money to their trafficker and must work to pay off the debt. All of the money earned through performing sex acts is taken by the victim’s “agent” or “trafficker” to pay off the “debt,” and what little money is left (if any) is given to the victim. Victims are also physically, emotionally, and verbally abused in order to prevent them from escaping or seeking assistance from law enforcement.

Preliminary findings from an international case law database revealed that more than 25% of child sex traffickers took pictures or video recordings of the rape, sodomy, and sexual abuse of the children. By photographing and/or recording the sexual exploitation, the trafficker can now profit (again) from selling the material to pornography production/distribution companies, or posting the material on the internet.

Trafficker’s Use Pornography to “Train” Young Children and Women

In a recent survey of 854 men and women in the sex industry (across nine different countries), half of those surveyed reported that pornography was used to train them how to perform various sex acts. Another survey conducted in the U.K. revealed that 35% of trafficked women had been exposed to pornography during their trafficking. In 2008 case before the Canadian Supreme Court, the Court stated that there is "clear and uncontradicted" evidence that child pornography is used for grooming and seducing victims. Discussions with former federal and state prosecutors confirm that traffickers use pornography to groom victims for prostitution, commercial sexual exploitation, and other illegal sex acts.

Pornography “Normalizes” the Victimization of Women and Children

The proliferation of pornography (especially hard-core pornography) has created a culture of tolerance for sexual exploitation and abuse. In an article entitled, “$28-Billion-Crime: New film shows the dark connection between sex addiction and sex trafficking,” Luke Gilkerson writes: “Media has the power to shape culture, and the choice before each and every consumer is what kind of media they will endorse, the values they want their culture to embrace. When media sanctions the belief that it is normal—even natural—for men to use and abuse women, that women are only worth the sexual pleasure they give to men, then it works like a poison in the culture. In pornography, this message comes through loud and clear. Therefore, by consuming pornography we allow that poison to infect us, spread further into our culture, and dampen the voice of justice.”