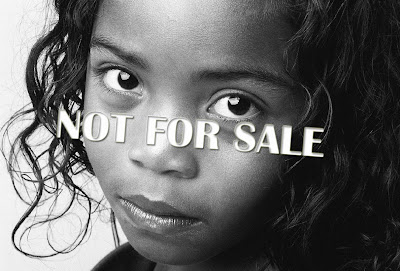 There are an estimated 27 Million people around the globe who are the victims of human trafficking; of these more than half -over 13 million- are children.

Why are so many children being trafficked today, and where do they come from? Victims of child trafficking exist in every corner of the globe. International victims are lured by traffickers who offer promises of a better life, work opportunities or a chance to live in a more democratic and free society. Some families, desperately poor, are willing sell one of their children as a sacrifice for the rest of the family.

Contrary to a common assumption, human trafficking is not just a problem in other countries. Human trafficking have been reported in all 50 states, Washington D.C., and some U.S. territories. Domestic child trafficking victims are most commonly trafficked into sexual servitude -forced prostitution- as they are often "wooed" by men -or women- who prey on their vulnerabilities and often lack of a father figure.

Family members, acquaintances, pimps, employers, smugglers, and strangers alike traffic children. They all prey upon the children’s vulnerabilities – their hopes for an education, a job, or a better life in another country. However the reality of these promises are a far cry from the promise of freedom, or an escape from poverty and hardship. Traffickers use psychological intimidation or violence to control the children and gain financial benefits from their exploitation, as the children are forced into prostitution, trained to kill in child armies, forced in to situations of harsh labor, etc. These innocent victims of physical, sexual and psychological exploitation are literally robbed of their childhoods -that which is rarely recovered- and treated as a commodity.
Posted by Cassandra Clifford, Executive Director and Founder at 7:31 PM