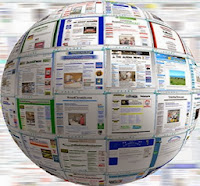 Police say 24 children rescued from human trafficking scheme
PALM BAY — Two dozen Orlando children younger than 18 were crammed into the back of an older model Chevrolet work van, driven to Palm Bay on Friday and dropped off to spend more than 10 hours selling cheap items door-to-door, Palm Bay police said. Police arrested two of the men behind the operation, which authorities said provides a window into a growing trend of human trafficking: luring children and young adults with the promise of an honest wage, transporting them in often unsafe conditions and sending them off to conduct unsupervised sales in unfamiliar neighborhoods.

London's 'shadow city' of human trafficking
Andrew Boff, who leads the London Assembly's Conservative group, published his report arguing for more and better tackling of a largely hidden form of criminality and exploitation in all its forms. Boff believes that amnesties should be extended to victims who are irregular migrants in order to encourage more disclosure of what appears to be a largely invisible form of criminal abuse.

Two survivors recall human trafficking nightmare
After Barbara Amaya escaped from her family where she was sexually abused, she was trafficked in D.C., and beaten, raped, robbed, and forced to sell her body in New York. The nightmare started when she was 13, and lasted for 9 years. The other victim, Shandra Woworuntu, was trafficked when she was 25. After losing her job in Indonesia, Woworuntu responded to an employment promising a position in Chicago. After she arrived to the U.S., her passport was seized; then she was forced to perform sexual favors in brothels. Two months later, she escaped her kidnappers by jumping out a bathroom window.

Human Sex Trafficking of U.S. Minors
Reuters reported just last week, “Some 30 million people are enslaved worldwide, trafficked into brothels, forced into manual labor, victims of debt bondage or even born into servitude.” About 14,500 to 17,500 girls from other countries are smuggled into the U.S. and exploited in sexual slavery.