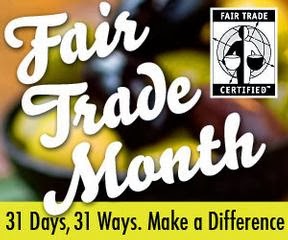 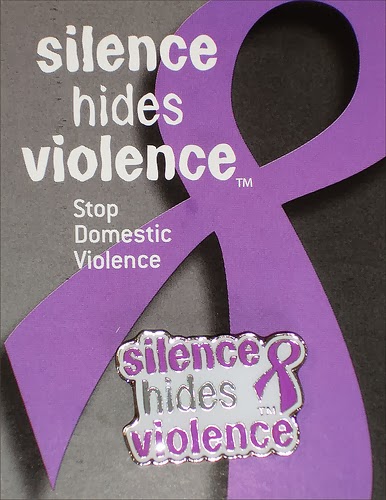 Pink whistles for the referees.

Pink gloves for the linemen, for the quarterbacks.
Pink cleats for the kickers.
Pink ribbons for….everyone.
Pink ribbons on cars in the parking lot...pink...pink...everywhere you turn you see pink!


October is Breast Cancer Awareness month and the NFL and the fans are all joining the party on the fields of America’s favorite fall past time.

I am glad we see pink on the football field. Even so, there are equally insidious assaults against women unknown to the stands of fans and fields of players. Yes, breast cancer kills, and it is terrible and no woman should ever have to go through it. However no woman, girl or child should ever go through physical or sexual assault or abuse.

Did you know; however, that October is also Domestic Violence and Fair Trade Awareness Month?  If you are shaking your head no, do not feel badly. Feeling guilty is not going to help. What will help is getting the word out. If even half the money that goes into Breast Cancer awareness campaigns also went into domestic violence, Fair Trade and Human Trafficking it would no longer be a a hush hush conversation or a shock to ones ears.

The fight against domestic violence and the cruel brutality of modern slavery -human trafficking- can be just as big as breast cancer.  We have so many stories of hope floating around breast cancer survivors, and they are there thanks to the prominent pink ribbons that everybody knows what stand are for.  That same effort, money and commitment that made such a difference and has led to even more survivors could also be poured into the fight to end violence and discrimination against so many who fight under a cloak of darkness and silence in homes, on streets and in fields across the country and globe.


The tables can turn. You can help. Talk about it. Tell your friends…
“Hey! Did you know that October is also Domestic Violence and Fair Trade Awareness Month!"  So lets turn the tables today!

Posted by Cassandra Clifford, Executive Director and Founder at 3:52 AM