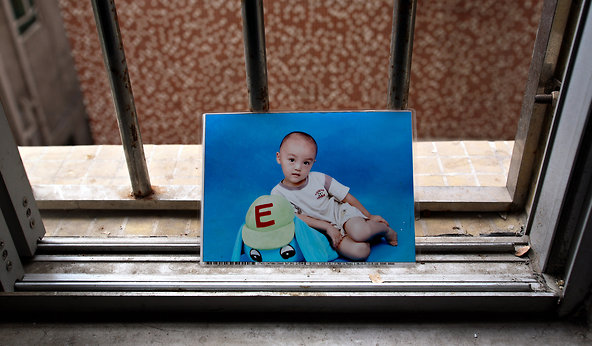 On Christmas eve, the Public Security Ministry of China announced that they broke up nine child trafficking rings, rescuing 89 children and arresting 335 traffickers in an operation which covered nine provinces across the country. The investigations began last Decembers after four people were arrested in Henan province for trying to sell four babies.
In the last decade, child-trafficking has become a major problem in China due to the strict "one-child" policy that puts a premium on baby boys and lax adoption laws. As a result, the country has a thriving black market for buying children. Majority of the children abducted across the country tend to be boys because of the traditional preference for male heirs in China. For instance, Su Qingcai, a tea farmer in China, confessed to buying a 5 year-old boy for about $3,500 in a article on child-trafficking in the New York Times. Mr. Su justified his purchase by stating that "a girl is just not as good as a son. It doesn't matter how much money you have. If you don't have a son, you are not as good as other people have one." There are many people like Mr. Sue that fuel the illegal buying and selling of boys across China. As a result, child snatchings has become the most common method of kidnapping for traffickers. In 2009, a 9-month-old baby boy was grabbed by someone in a moving vehicle while a shopkeeper lost his son after he turend away for a while to help a customer.

In addition, adoptions by foreigners has increased profits for traffickers and led to widespread kidnappings. According to the Chinese government, 10,000 children are kidnapped each year, but some experts state that the number far exceeds this estimate. According to Chen Shique, director of the anti-traffiking office in the Public Security Ministry, police have broken up 11,000 child trafficking rings and rescued 54,000 Children since 2009. The intitaive by the Chinese government to crackdown on child-traffickers is good but they must also focus on labor and sex trafficking as they are also widespread across the counrty.