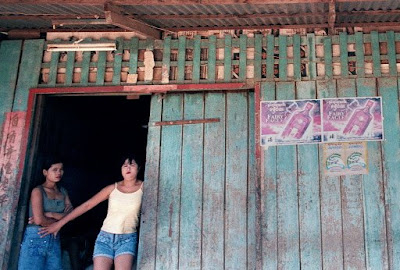 On September 25, 2012, President Obama gave a historic speech committing the United States to lead the fight against modern day slavery. Making good on those words, the President during his trip to Southeast Asia urged the foreign leaders to take actions to combat the issues of modern-day slavery. During the trip, the President secured new commitments from the members of the Association of Southeast Asian Nations (ASEAN) to strengthen and harmonize their anti-trafficking laws, and established a landmark joint plan with the government of Burma to help eliminate that country's use of forced labor, including child soldiers.

Earlier this week, on the President's request Valerie Jarrett and Samantha Power travelled to Cambodia to meet with the U.S. Ambassador to Cambodia William Todd, trafficking survivors, as well as different organizations working to combat the crime. Cambodia has a significant amount of internal and cross-border trafficking, and is a country of origin, transit and destination. To combat this crime, the Cambodian government has taken some steps but they continue to lag because many victims continue to be labeled as 'criminals' and very few criminals tend to be prosecuted. President Obama during his meeting with Cambodian Prime Minister Hun Sen, urged the Cambodian government to prioritize "fighting corruption, strengthening the rule of law, and protecting the rights of all Cambodians, including the vulnerable," to fully combat this issue. In the meantime, the U.S. will continue to assist Cambodia to create prevention awarwness campaigns, train law enforcement, and the rehabilitate the survivals of this horrible crime.

One successful prevention campaign is the U.S. funded MTV EXIT (End Exploitation and Trafficking) campaign. It is creating awareness in the country by providing Cambodian youth with training and mentorship using art, drama, and technology as tools to communicate messages about safe migration and dangers posed to at-risk communities-especially Cambodia's rural people. To create grass root awareness, the art created by the youth in this program will be displayed in villages all around the country to create as majority of the victims tend to be recruited and exploited from there.

Cambodian government has a tough road ahead to fully eradicate modern-day slavery as many factors contribute to the increase and continuation of this problem. However, as President Obama stated, decreasing corruption, strengthening rule of law, and providing protection to its citizens will definitely decrease this phenomena.