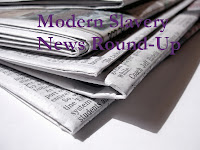 Indian state takes action on child marriage
Police in the Indian state of Rajasthan have taken the rare step of arresting 16 local caste leaders for issuing a decree calling for village community members to ostracize a man who refused to allow his 16-year-old daughter to be married.

Challenging child marriage
Child marriage continues to put 600 million girls worldwide at risk from health problems, abuse and economic disadvantage even though many countries such as India, Ethiopia and Zimbabwe are working to end the custom, says United Nations Foundation Executive Director for Women and Children Tamara Kreinin. The international community must continue to place pressure on developing countries to accelerate change.

Kyrgyz NGO turns spotlight on custom of bride kidnapping
Hundreds in a northern province of Kyrgyzstan last week protested the widespread custom of bride kidnapping -- in which a man kidnaps a woman to pressure her into marriage -- after the suicides of two 20-year-old women who had been seized. "Our researches indicate that between 68 and 75 percent of marriages in Kyrgyzstan take place with bride kidnapping," said a representative of a Kyrgyz nongovernmental organization founded to end the practice, laws against which are rarely enforced.

In Debt, Far From Home and Claiming Servitude
A Vietmanese company partly owned by the government was offering jobs in the United States that paid $15 an hour, plus overtime, they asked for a $10,000 fee to put in touch with an American company seeking laborers. the workers have contended — and the companies have denied — that they were brought here under false pretenses, treated poorly in near isolation and then cast out abruptly long before they expected to finish the work that would have helped them repay their debts.

Minniesota Bill would protect children trafficked for sex
Minnesota lawmakers are considering a bill that would ensure young people engaging in prostitution are treated as victims - not criminals. Prosecutors in the Twin Cities and Duluth areas have already thrown support behind the so-called "safe harbor" law, saying the new approach will get kids the treatment they need and keep them safe.