ILO: Hazardous Work is One of The Worst Forms of Child Labor 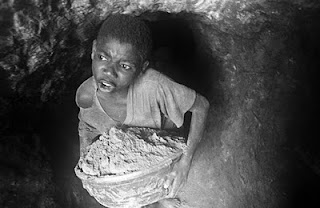 According to the International Labor Office, hazardous work* is one of theworst forms of child labor. In its recent report entitled, “Children in Hazardous Work,” the ILO states:
Children in hazardous work are in many respects the silent majority within child labour. Although they appear in photos, when it comes to action they are often eclipsed by form of child labour that have captured the public eye, such as child soldiers or trafficked children, or they are subsumed within general child labour efforts. Still too few policies or programmes are geared to the special needs of children who do hazardous work.

The Facts
Despite the Dismal Facts, Progress is Being Made
Although the number of children in hazardous work is large, some of the most dangerous types of child work are concentrated in specific localities, specific occupations, specific tasks and specific age groups. Focusing energies on these pockets could go a long way towards generating the momentum needed to make progress. However,…the scale of the problem could increase in many countries due to demographic changes, as youthful population bulges move into adolescence….Major and sustainable progress requires public policies that address the root causes of child labour: tackling poverty, ensuring children have access to education and providing a social protection floor which protects the vulnerable.
The Report acknowledges the challenges and difficulty in tackling this issue on a global level; however, the Report found that there is progress being made. Specifically, the Report found:

Call For Action
Children in hazardous work must be made a priority in the next five years, and the Report recommends action on the following fronts:
*Hazardous labor is defined as “work which, by its nature or the circumstances in which it is carried out, is likely to harm the health, safety or morals of children.”
Image: http://4.bp.blogspot.com/_1EmsgX2RU3Y/SzKKNCKvvFI/AAAAAAAACPA/9tam6JJ8Qik/s400/childlabour.jpg
Posted by Mary Rankin, Evidence-Based Research Associate at 5:08 PM